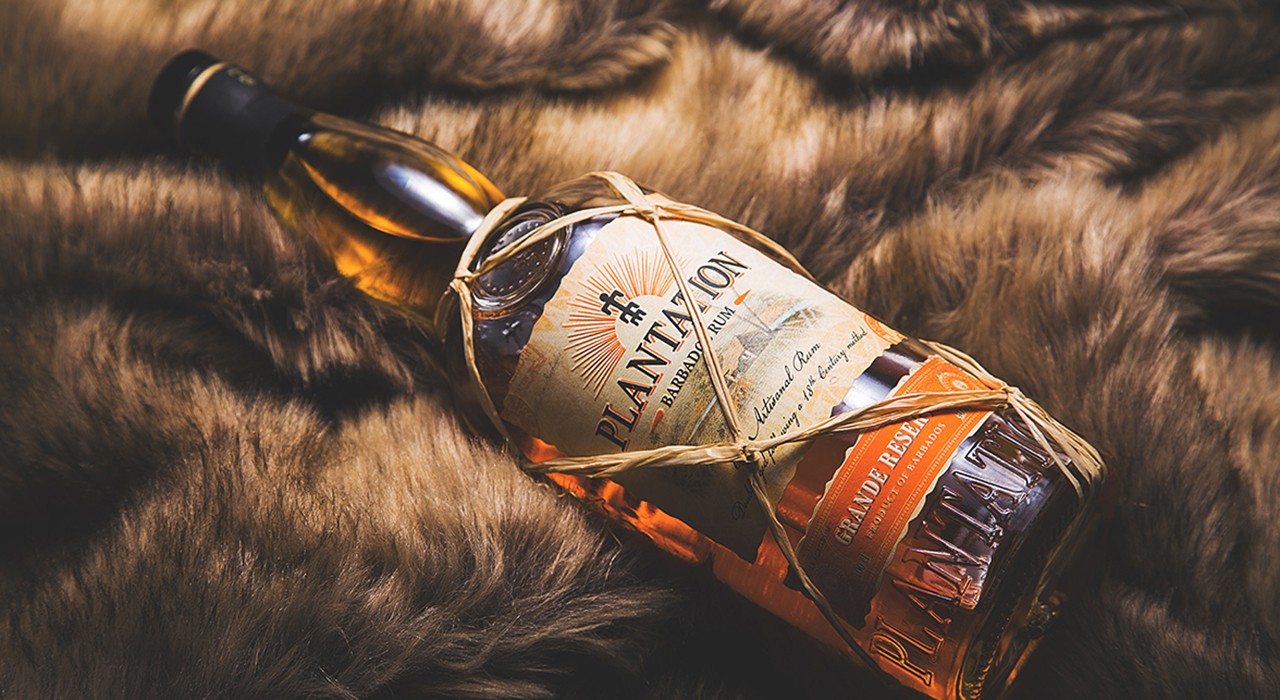 Posted By Celtic ON 21 September 2020 0 Comment(s) 195 View(s) Lifestyle
Everyone reading this has likely enjoyed a measure of rum at one stage or another, whether it’s a splash of Bacardi in a homemade Cuba Libre or a delicate tumbler of Flor de Cana 25 Year Old Centenario. But how many people have given thought to how this extremely versatile drink is made?


With roots dating back to colonial exploration, the slave trade triangle, piracy and organised crime during the prohibition-era, defining rum is every bit as complicated as its colourful history. The first real trace of its origins dates back to the 17th Century, which marked the first production of rum in the Caribbean on sugarcane plantations. It was discovered initially by slave labourers working with the sugarcane who realised that molasses, a by-product of the sugar refining process they were responsible for overseeing, could be fermented into alcohol. This could then be distilled to resemble something like what we today call rum!


It is still associated largely with the Caribbean as well as America but rum can be produced anywhere in the world. There is no set method of manufacturing and so there are many regional variations. Some distillers use pot stills, some column stills, others a variation of the two. Additives can be added to enhance colour and flavour, and charcoal filtering is sometimes used to remove or purify the drink. However, the base of rum remains universal, despite these variations; it is a distilled liquor made from sugarcane by-products, generally in the form of sugarcane syrup, molasses or at times sugar cane juice (more on that later).


Like many other liquors, rum is frequently aged in wooden barrels to add a further depth of flavour and complexity. However, as this takes place in warm, tropical climates, the speed at which the spirit interacts with the wood is accelerated. As a result, the ageing generally takes place over a shorter period of time which prevents high levels of evaporation (known as the Angel’s Share). Old casks are often utilised as they will ensure that the intricate aromas of the sugar cane spirit are not lost, while the tannin in the wood imparts a magnificent brown/amber hue and esters impart a vanilla-esque flavour. Charred bourbon casks are often favoured by rum producers which can add a complementary spice.

What to Try and When

As mentioned, rum is an extremely versatile drink and comes in a vast array of different styles. Much like the archetypal figures we see consuming rum on-screen (Johnny Depp’s infamous Jack Sparrow springs to mind), rum is a tricky liquor to nail down. Due to the fact that it is made in a variety of different countries using different techniques and regulations, traits of categories are often looser and less defined than that of other drinks, for example, whiskey. That being said, we’ve taken a look at the main categories below and broken them down to help make each as comprehendible as possible.

Often referred to as “silver” or “light” rum, as the name insinuates this is a light-bodied, clear rum. Although these can be barrel-aged for short periods, they are normally charcoal filtered to remove any colouring. As a result, these often (though not always) feature milder flavours and are regularly used in cocktails or mixed drinks.

When to Drink: Many white rums are enjoyed in cocktails, such as the Mojito and the Piña Colada. The finest expressions can be enjoyed neat or with ice.

As the name suggests, this is generally golden or amber in colour. It absorbs its colour through the process of barrel ageing, although depending on the brand, the colour and flavour is influenced hugely by the addition of caramel and other additives. In general, you can expect a gold rum to be smoother drinking than a white rum with more complex aromas. It can be graded as somewhere between a white rum and aged rum in regards to quality.

When to Drink: Try this in a Caribbean Rum Punch or why not use in a Butter Rum Ham.

Once again, the name says it all! Though it may appear similar in colour to a gold rum, aged rum will generally contain little to no additives and instead, obtains its colour from wood aging. As a result, these will generally boast an abundance of intricate and complex flavours inspired by the barrel influence. The type of barrel used and the length of time it is aged for will have a vast impact on the flavour of the rum, and on the price tag too!

When to Drink: Can be delicious in a Jamaican Coffee but can (and depending on the expression, SHOULD) be sipped neat to appreciate the full complexity of the flavours.

The category of dark rum has caused a large amount of consternation in recent years and is a term that can cover a huge array of drinks. InsideHook just earlier this year published an article looking at the difficulties of the term Dark Rum and how it is understood by the general public. However, in order to keep things as concise as possible, we will outline what you can expect from a ‘dark rum’. For one, these are generally thick, full-bodied rums which have been double distilled and are dark in colour. This is generally as a result of barrel ageing, and one can expect strong caramel or molasses flavours as well as some hints of spice.

When to Drink: A good expression of dark rum should be enjoyed neat and sipped like whiskey or cognac.

Demerara rum originates from the Demerara-Mahaica region of Guyana, near to the city’s capital, Georgetown. It is produced by Demerara Distillers Limited (DDL), a company with roots in rum making dating back to the 17th Century. Made using sugar cane grown exclusively from Guyana, DDL still utilise a number of heritage stills in the production of their rum and produce the world-renowned El Dorado range.

When to Drink: We would recommend enjoying this neat to experience the complexity of flavours evolving from the combination of stills used, but if you’re looking for a cocktail, try a Coffee and Cigarettes.

As insinuated, a flavoured or spiced rum will contain added spices or aromas to add unique flavourings. These can vary in colour depending on the additive which can come in natural or artificial form. Although today, spiced rums are largely associated with cheap party drinks, spiced rums are in fact hugely protean (bet you haven’t heard that already) and the notion of infusing rum with fruits or spices has likely been around for generations.

When to Drink: Most often enjoyed with coke (think of how many times you’ve had a Captain Morgan and Coke), this also works beautifully mixed with Ginger Beer!

Uncharacteristically for rum, rhum agricole must follow strict production guidelines, particularly Martinique produced rum, which is governed by an AOC (Appellation D’Origine Controlle). It must be produced in the French Caribbean and uses sugar cane juice rather than molasses. The can must also be harvested during the dry season. As it is produced using cane juice rather than molasses, you can expect a very different flavour profile which is often fresh and vibrant with fruity and grassy aromas.

When to Drink: Enjoy in a Ti' Punch or if the unique flavour is something you relish, try neat!

With overproof rum, expect a much higher than average ABV, sometimes, depending on the country, as high as 80% (160 proof). These are consumed in a number of different ways, and shots are not one of them!

When to Drink: The lower ABV versions are often used as floats in cocktails while higher ABV editions can be used in creating flamed drinks or desserts! Although we would not recommend trying this at home.

As with rhum agricole, cachaça is made using pure sugar cane juice rather than molasses. It is produced exclusively in Brazil where it is hugely popular and is sometimes referred to internationally as ‘Brazilian rum’. While we may see a limited selection of it over here, it can come in a huge variety of styles and is extremely versatile (sorry)! It is, generally speaking, quite sweet and both aged and unaged expressions are produced. Outside of Brazil, it is most commonly used in the Caipirinha Cocktail.

When to Drink: Try the aforementioned Caipirinha Cocktail on June 12, International Cachaça Day.

Now that we’ve successfully confused you with the above, it’s time to take a look at some of our favourite, most trusted brands. While there is a lot of uncertainty and a LOT of choice, here are some of the most reliable and exciting brands and bottles we’ve come across.

Nestled into the foot of the Andes in rural Venezuela is the Diplomatico Distillery. While originally established in 1959 by Licorerías Unidas S.A (LUSA), as of 2002 it is proudly owned and run by an independent, family-owned operator with a revitalised zeal for sustainability.

Our Go To: Reserva Exclusiva

With a unique history spanning over 130 years, Flor de Cana is based in Nicaragua and prides itself on being the world’s first spirit to be Carbon Neutral & Fair Trade Certified. Assured quality is the central focus here and unsurprisingly, they were named 2017 Best Rum Producer of the Year at the International Wine and Spirit Competition in London.

Goslings was first established as a family business and shop in 1806 in Bermuda by an English family of the same name. Almost fifty years after they opened, they began trading rum and have been doing so ever since. To say they have years of experience is an understatement!

With roots in Cuba dating back as far as 1872, Matusalem have long since perfected the art of rum-making. Throughout a turbulent history which included upheaval and exile during Castro’s takeover in 1959, the brand fell into neglect as it was uprooted from its foundations in Cuba. Thankfully today, after some years of turmoil, the company has re-established itself in the Dominican Republic.

Rum is produced under the house Maison Ferrand. Founded in France by Alexander Gabriel, Gabriel has a passion for sourcing and blending premium rum and was awarded Master Rum Blender of the Year in 2012 at the Golden Rum Barrel Awards.

Pussers pride themselves is producing rum reminiscent of that which was drunk by the Royal Navy and has followed the original recipe, using a blend of five West Indian rums. The name ‘Pusser’ is slang for a ship’s supply officer, who until 1970, was responsible for distributing rum rations to each Royal Navy sailor.

Our Go To: Pusser's Navy Rum

Ron Zacapa Centenario rum inherits the name from the town of Zacapa, where the rum was first produced on the town’s 100th anniversary in 1976. Unlike most rums, Zacapa is aged to perfection in the highlands of Quetzaltenango at 2,300m above sea level.

Famed cognac producer Jérome Tessendier is the driving force behind Saison Rum. Rum is sourced from 3 distinct terroirs in the Caribbean Islands of Barbados, Trinidad and Jamaica. Ageing takes place in their terroirs of origin, before finishing them at home in France.

Our Go To: Saison Rum

Tags: A Guide to Rums, Rums of the World, Buy Rums Online, Spirits, 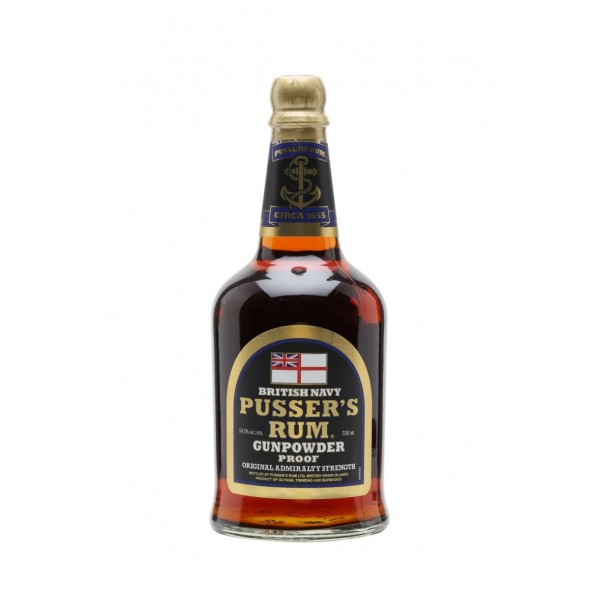 Pussers Gunpowder Rum
A British Navy Style rum which refers to the 'Pusser' who would have set the rum alight by putting gunpowder inside when sailors complained that it wa..
€51.50
Ex Tax:€42.56
Add to Cart
Add to Wish List Compare this Product
Buy Now Ask Question
Quickview 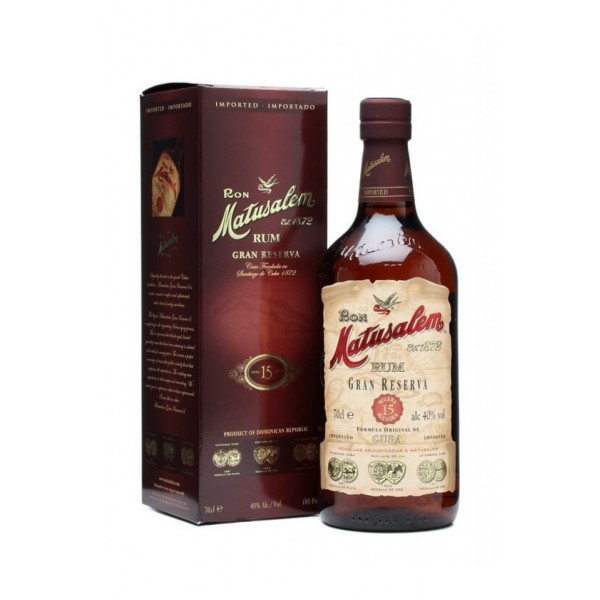 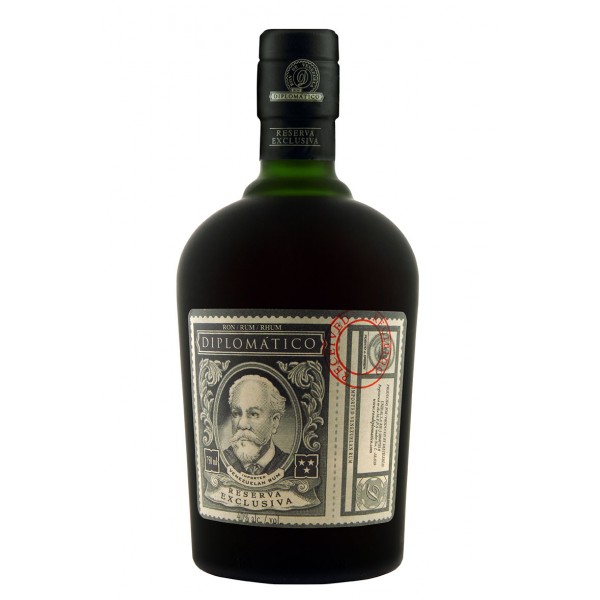