An award winning Poitín that is made 100% from malted barley and then distilled in traditional copper pot stills. This is clean, crisp and delicate tasting with flavours of malted grains and citrus fruits.

For each bottle of Mad March Hare Poitín purchased, you will receive 4 x 200ml bottles of Poachers Ginger Beer and 1 Off The Cuffe Hedgerow Bitters to make Mad March Mules! Promotion running for a limited time! 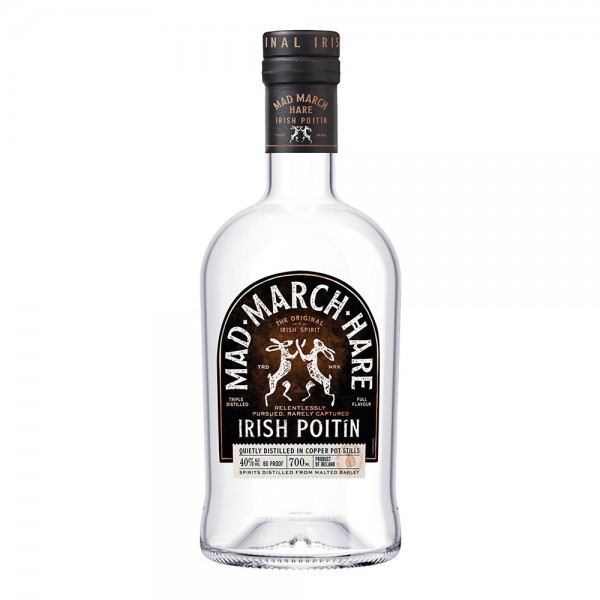 Be sure to try this spin on the classic Moscow Mule, now made with Mad March Poitin!
Ingredients:

Silk and creamy texture, over-layered with dried fruits, vanilla and French toast, could leave one to believe it was aged.