A rare treat. Enjoy an array of flavours here including notes of nut, peach, violet, lime, vanilla, plum and pepper.

Prosper Delord, a travelling distiller, founded the house of Delord in 1893 after he fell in love with the magnificent eau-de-vie of Armagnac. His two sons, Gaston and Georges, took over and followed in their father's footsteps with the same passion he held. Today, Gaston's sons Jacques and Pierre Delord continue the family tradition, along with the next generation, Jerome and Sylvain.

The House of Delord vineyard covers 42 hectares and is divided into 11 parcels located in the village of Lannepax. It is made up of the four traditional Armagnac grape varieties: Ugni Blanc 56%, Colombard 24%, Baco 14% and Folle-Blanche 6%.

The four grape varieties are harvested, pressed, and vinified separately in a winemaking cellar, a few metres from the distillery.

The House of Delord cellars hold more than 1000 barrels and a dozen oak tanks that have aged and protected the Armagnac eaux-de-vie. The oldest vintages are kept in Bonbonnes (glass jars) away from the light, in a room called Paradise. 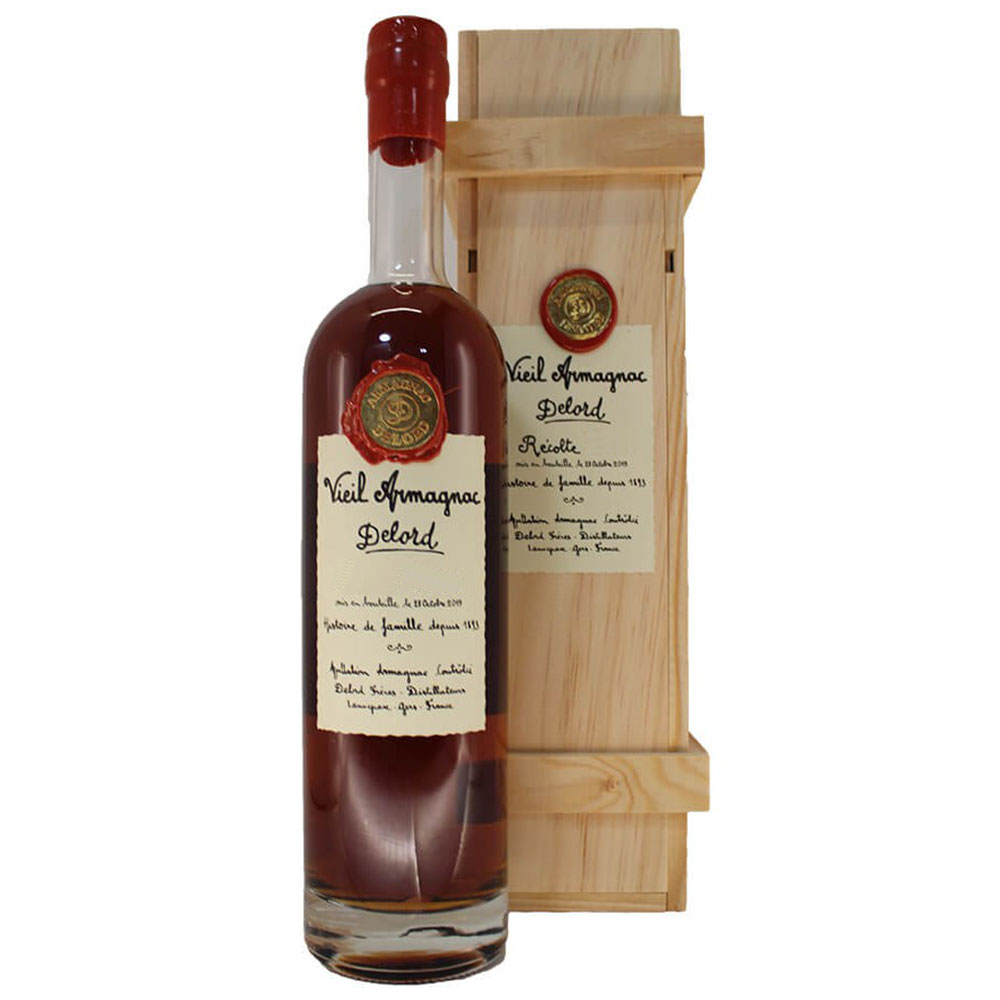 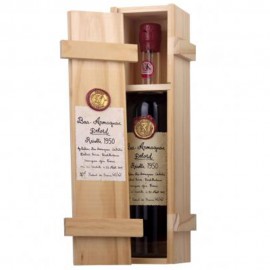 Delord Armagnac 1950
An incredible vintage from the House of Delord. Distilled in 1950 and barrel aged until its recent bottling...
€699.99
Ex Tax:€569.10
Add to Cart
Add to Wish List Compare this Product
Buy Now Ask Question
Quickview 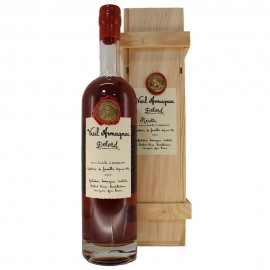 Delord Armagnac 1952
From the well established House of Delord, this Armagnac is the 1952 vintage. Like all Delord Armagnacs this will taste exquisite!..
€690.00
Ex Tax:€560.98
Add to Cart
Add to Wish List Compare this Product
Buy Now Ask Question
Quickview 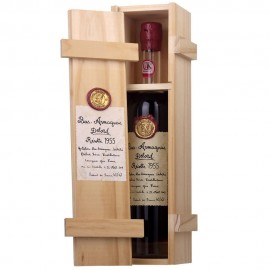 Delord Armagnac 1955
An incredible Armagnac that was distilled way back in 1955. Like all Delord Armagnacs this should taste divine...
€699.99
Ex Tax:€569.10
Add to Cart
Add to Wish List Compare this Product
Buy Now Ask Question