A Basic Guide To Tequila & Mezcal 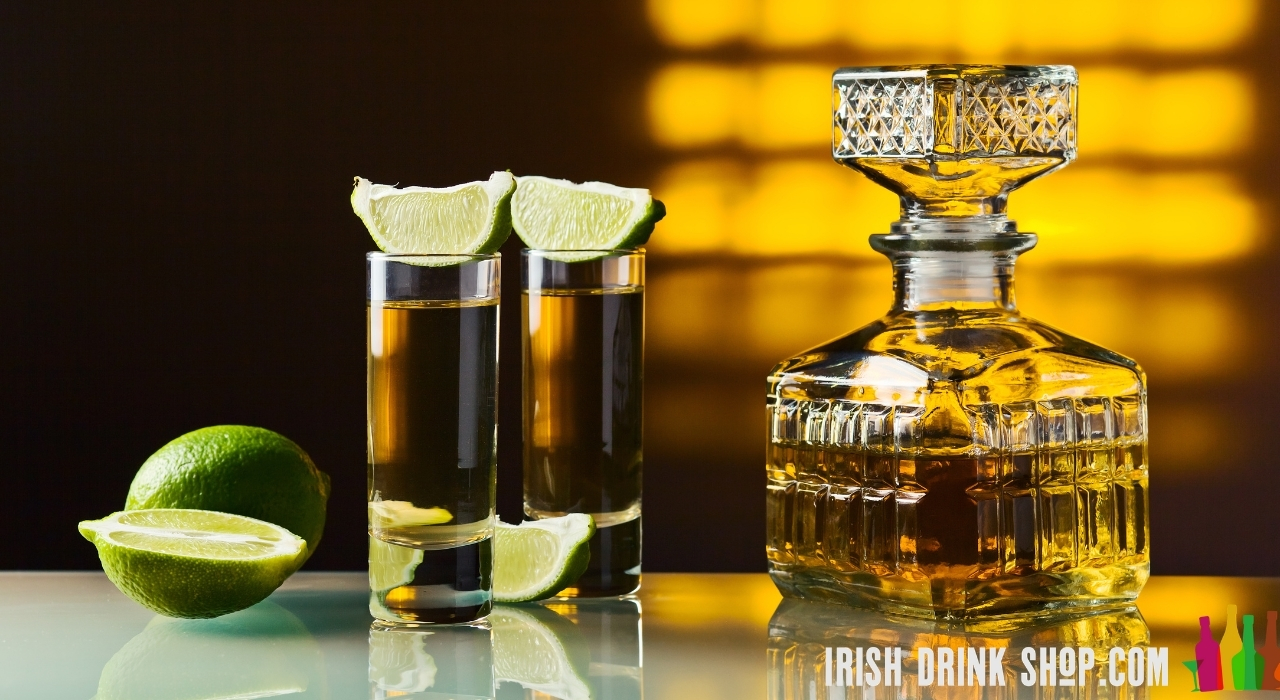 Tequila and mezcal started with the Aztec people, who made a fermented beverage called pulque, a milky-coloured, fermented, yeasty brew made from agave juice. It wasn’t until the Spanish conquistadors arrived in the 1500s and brought distillation techniques with them that mezcal was born, and later in the 1700s, tequila.

Today, there are more than 100 distilleries in Mexico that make more than 900 different types of premium tequila (and approximately 2,000 new types have been registered with the Mexican government to date), much to the delight of spirit sippers and margarita lovers. Even George Clooney has invested in his own brand of tequila: Casamigos.

But what are tequila and mezcal exactly? In this latest instalment in A Basic Guide To we will delve in and explore these wonderful ‘elixir of the gods’ Mexican spirits. Enjoy.

What is the Difference Between Tequila & Mezcal?

Mezcal is often confused with tequila or known simply as the spicier, smokier, or chalkier cousin to tequila. However, they are two very different spirits. Tequila is made exclusively from 100% blue agave plant, while mezcal can be made from dozens of different types of agave.

Tequila categories relate to the aging process, while mezcal can be tricker as it depends on the agave used. Also, compared to tequila, mezcal is made in a rather rustic way: the agave gets slow-roasted in a large conical pit in the ground, fermented naturally in wooden vats and distilled in small copper – and sometimes even clay – stills.

The agave was one of the most sacred plants in pre-Spanish Mexico. Cooking the heart of the agave (know as the "piña") and fermenting its juice was practiced in the form of the fermented drink known as pulque. The drink has a rather fascinating myth behind it as it is said that a lightning bolt struck an agave plant, cooking and opening it, releasing its juice. For this reason, the liquid is called the “elixir of the gods”. The Aztecs certainly revered the agave planet with two of their gods named after it: Mayahuel, the goddess of the maguey, and the second her husband Patecatl, the god of pulque.

In 1519, Hernan Cortes, a Spanish conquistador, invaded Mexico and conquered the Aztec Empire, claiming Mexico for Spain. The Spanish had brought a supply of liquor with them, but when this ran out, they began to look for substitutes. It was here they were introduced to pulque and other drinks based on the agave plant. They began experimenting with distillation techniques they had known since the eight century, which resulted in North America’s first native, refined spirit.

The first iterations were more akin to a new brandy with a unique taste, having used the sugary sap from the blue agave plant. Trade routes were soon set up and by the early 1600s the first large-scale distillery was built in what is now known as Tequila, Jalisco.

For many years, the drink was only consumed locally, and most of it was only sold exclusively at local distilleries with the Cuervo family and Sauza being some of the first to commercially distil tequila. Mezcal (and especially tequila’s) popularity began as a result of Prohibition and resurfaced again during World War II when European brandy became hard to come by. It was not until the year 1944 that the Mexican government decreed tequila could only be prepared in Jalisco, Mexico and set strict rules in place regarding the production of tequila and mezcal.

What is Tequila & Mezcal?

As they say in Oaxaca: "Para todo mal, mezcal, y para todo bien, también." ("For everything bad, mezcal, and for everything good, as well.")

Like a whiskey or scotch, mezcal has many variations and characteristics as a result of the different types of agave that are used to produce it. The same can be applied to tequila, where the aging process can greatly affect the taste.

Tequila, on the other hand, must be made using Blue Weber agave and can only be made in a handful of states, namely Jalisco, Nayarit, Guanajuato, Michoacan, and Tamaulipas. The different types of tequila (blanco, joven, reposado, anejo) relate to how long it has been aged, unlike mezcal which relates to the type of agave used.

There are other varieties and smaller categories, but for now, let’s take a look at some of the popular types of tequilas and mezcals and see how they differ.

Blanco refers to an un-aged tequila that is bottled shortly after distillation, although it can be kept in stainless steel tanks for a few weeks before bottling. Typically, they are clear or silver in colour and offer a more unadulterated, somewhat sharper and more youthful flavour from the agave used to make it. In terms of flavour, expect typically agave-forward tastes, with notes of citrus and pepper and a more fiery approach than aged expressions. As such, they are ideal for lighter cocktails such as margaritas.

Reposado (meaning rested) is tequila that is aged for between 60 and 364 days (less than one year) in oak barrels. There are variations of course as some producers use barrels which housed bourbon, Cognac, or wine, which contribute to the evolution of flavours. This resting period allows the shaper edges of the tequila to mellow as it ages and gives it time to absorb the notes of oak and vanilla from the oak barrels into the agave palate. These are best sipped over ice or neat.

Anejo is aged for at least one year, but less than three years. Extra anejo, the most recently added classification, is aged for at least three years. As the tequila sits in a barrel, it cycles in and out of the wood, picking up a darker colour and wonderful flavour from the barrels. This process makes the palate far more complex, adding strong and sweet notes of caramel, oak, and toffee that still allow the sweet, peppery agave that is the backbone of tequila to shine through.

Meaning ‘dress sword’ in reference to the leaves of the agave plant used. Espadin is the most common agave used for mezcal, accounting for as much as 90 percent of mezcal made. The flavour is impacted by where it comes from and how it is grown, but the most commonly found—espadin from Oaxaca—tends to have more mineral flavours.

A smaller and rarer type of agave which can take close to 15 years to mature to the point at which they can be used in mezcal. The wait is worth it however as this results in mezcals that are sweeter and fruitier, with either citrussy or tropical flavours shining through.

Tepeztate has one of the longest growing periods with it taking more than 30 years before a plant is ready to harvest. It often grows clinging to hillsides, and those harsher conditions give the agave earthy and more herbal notes.

How to Drink Tequila & Mezcal

Tequila forms the backbone in a variety of cocktails. Blanco is generally used in Margaritas and other light, citrusy drinks. Reposado adds the oak and vanilla from the time it has spent in barrels, so it is better used in heavier cocktails, although it will perform very well in a Margarita as well. Lastly, anejo tequila is often employed as a whiskey substitute in drinks like a Tequila Old Fashioned or Tequila Manhattan.

Mezcal is a little different. Mezcal based cocktails, such as a Mezcal Old Fashioned, are a bit newer but are worth exploring. The best way to drink mezcal is to serve straight at room temperature to experience its colourful flavours and aromas. Start with an espadin if you are unfamiliar with this spirit. Take a sip and swish it around in your mouth. This will open your palate and allow your taste buds to adjust to the initial burning sensation. If you want to drink it traditionally, be sure to serve it in a jicara (a shallow clay cup) to really allow the flavours to open.

Do not rule out an entire style based on one or two brands that you have tried. Also, don’t be afraid to admit if you don’t like something. If you don’t like the smokiness of a particular mezcal, then look to try one made from a different, smoother type of agave such as a tobala. Or if a tequila is too sharp or has too much ‘of a bite’ then look to try a resposado or anejo if you want a more mellow flavour.

At the end of the day, it’s made to be enjoyed. Open a bottle with friends, take a sip, and let the ‘elixir of the gods’ work its magic. As they say in Spanish: salud!

Looking for great offers and more inspiration? Join our mailing list and we’ll keep you posted about our latest news and offers. Join here at: http://eepurl.com/hhIkv5 (you can unsubscribe at anytime). 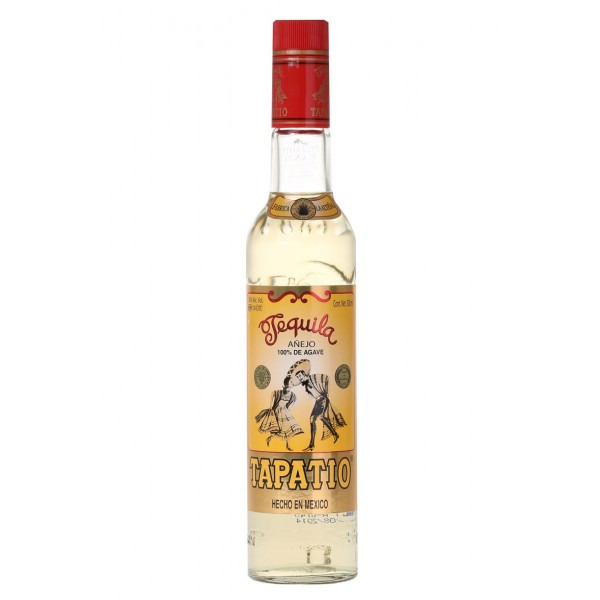 Tapatio Anejo
Distilled in the Los Altos distillery which is owned by Carlos Camarena. It was originally founded in 1937 by his grandfather Don Felipe and many of t..
€51.00
Ex Tax:€41.46
Add to Cart
Add to Wish List Compare this Product
Buy Now Ask Question
Quickview 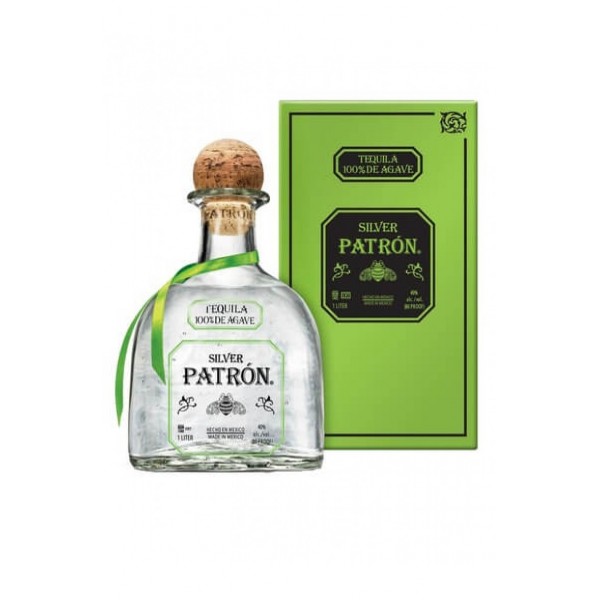 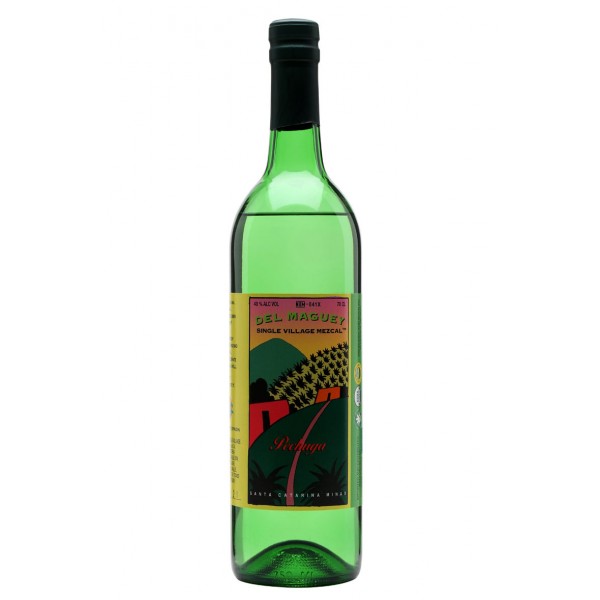 Del Maguey Pechuga Mezcal
Probably the most unusual Mezcal if not the most unusual spirit in the world. Describing the production process is almost impossible as there are so m..
€222.00
Ex Tax:€180.49
Add to Cart
Add to Wish List Compare this Product
Buy Now Ask Question
Quickview 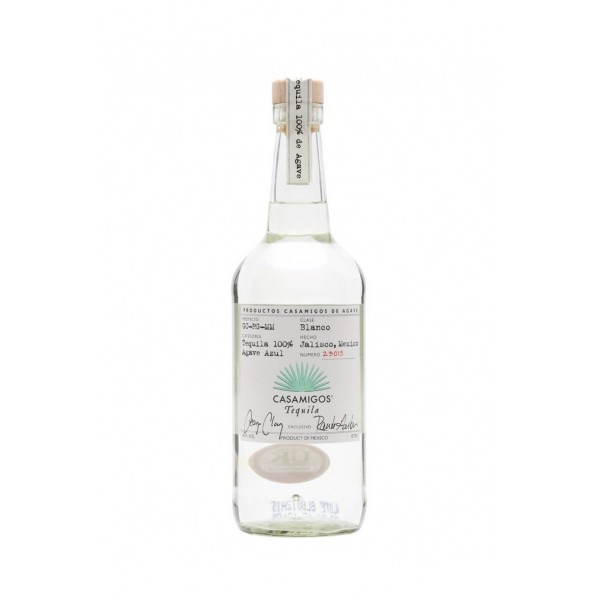 Casamigos Blanco Tequila
Casamigos was founded by a group of three friends (one of whom happens to be George Clooney). The aim has been to produce high quality tequila that ca..
€75.00
Ex Tax:€60.98
Add to Cart
Add to Wish List Compare this Product
Buy Now Ask Question
Quickview 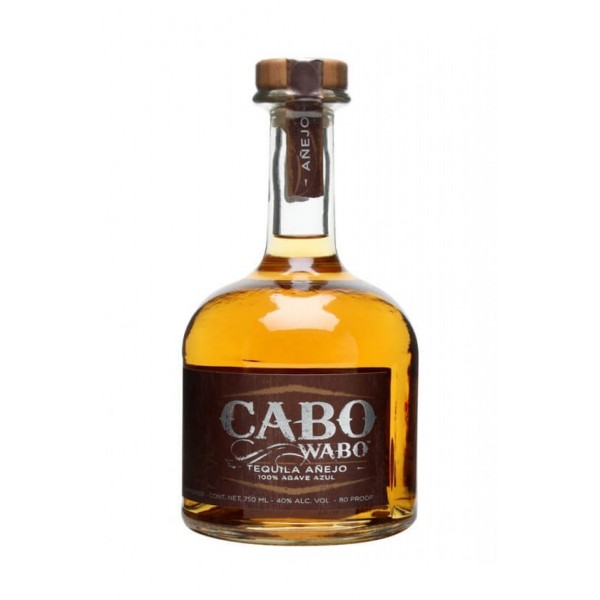 Cabo Wabo Anejo
A brand that was famously founded by rock singe Sammy Hagar. Cabo Wabo is now owned by Campari and is distilled from agave that are around 8-12 years ..
€78.00
Ex Tax:€63.42
Add to Cart
Add to Wish List Compare this Product
Buy Now Ask Question