An exclusive release, the Jack Ryan Finca Museum Rioja is part of the Ryan Cask Elite Finishes. Matured initially in ex-Bourbon barrels, this 12 Year Old Single Malt was finished in a single Finca Museum Cask sourced from Cigales in Spain. Limited to a mere 256 bottles.

The Ryans have been whiskey people for 6 generations. Tipperary man John worked in the 1820’s in Limerick Distillery (Walker’s), Michael worked in Birch’s Roscrea and supplied barley from the nearby home place in Toomevara. Thomas set off for Dublin in the mid 1890’s, and after a long vintner’s apprenticeship started independent sourcing and finishing of the finest of Irish single malt, culminating in Ryan’s Malt (supplied around the city and in his own pubs, the iconic Beggars Bush – bought in 1913 and still in the family). Jack honed the craft further, till the near demise of Irish whiskey brought a hiatus. Eunan revived the family tradition in 2013, to award-winning effect, and the next generation is getting involved already. The Jack Ryan Whiskey Co plans annual CS, single cask and small batches, through traditional and novel finishes and collaborations. 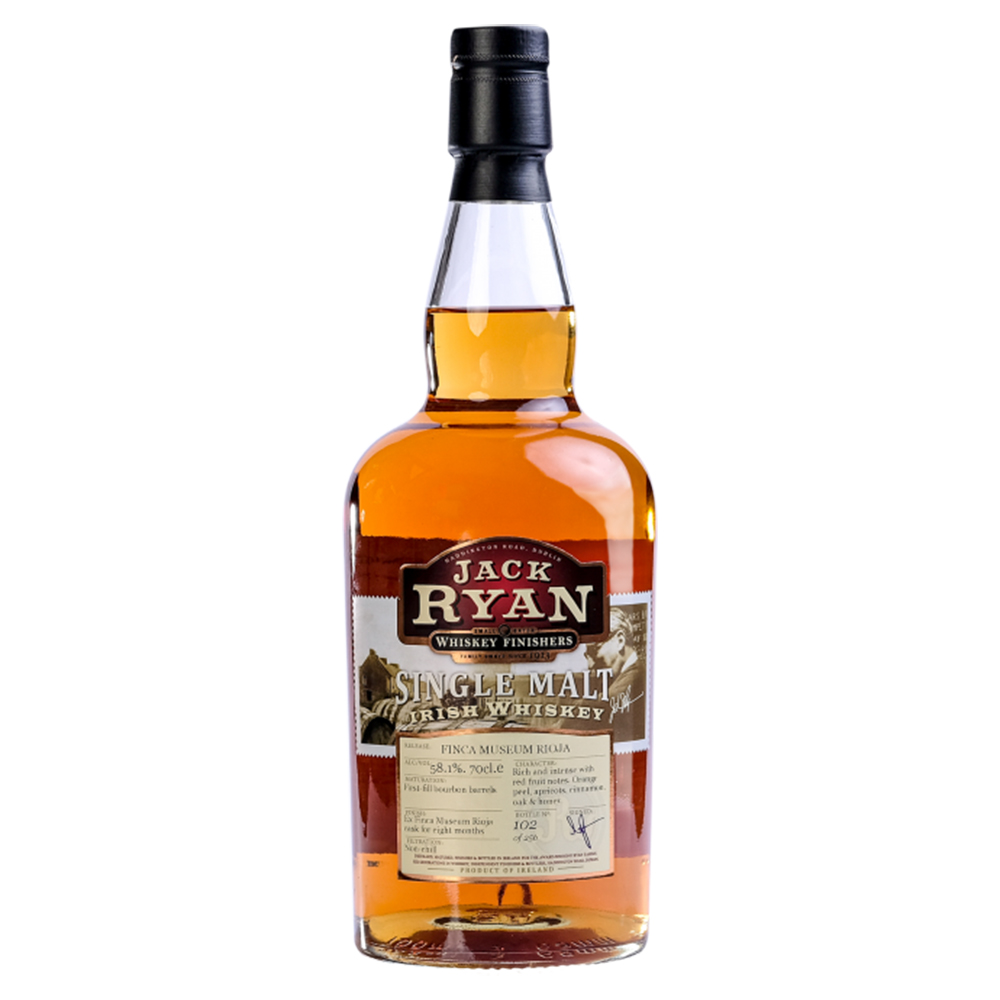 Red wine and sap. Strawberries and moss. Dark moss too. Orange peel, oak, and above all blackberries. A berry cordial of a nose with a resinous twitch to keep the fruits on their toes. Freshly peeled bark — but off a berry dense branch. Especially after water, never forget the moss.

Sap grass and sugar cane cut through the plushness of raspberries, prunes, and the red wine backdrop. Slight orange peel and leaf. With water, a plusher profile altogether with apricots, peaches, and something slightly tropical mixing with the moss, though the berry bowl watermark never disappears. 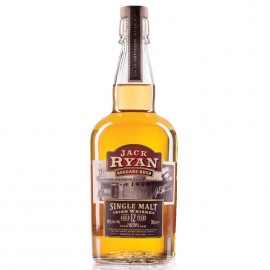 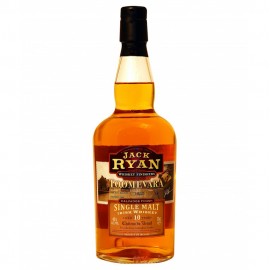 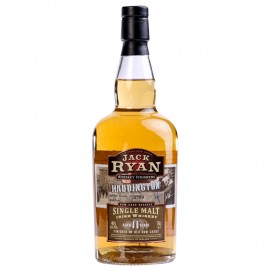 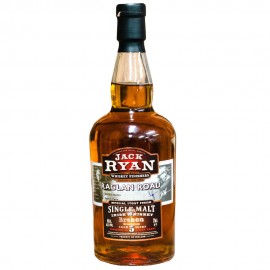 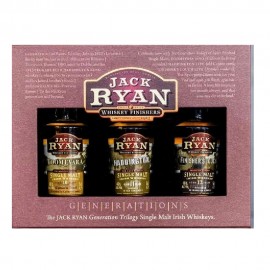 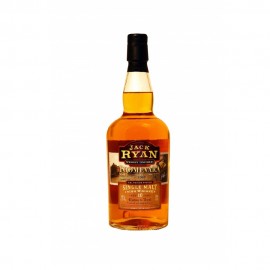 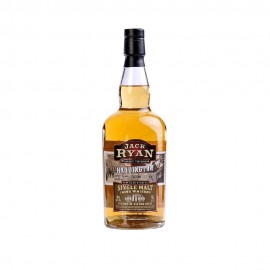 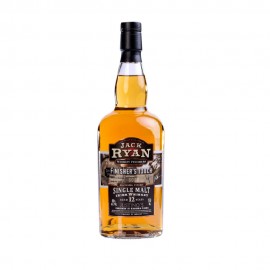 Jack Ryan Finisher's Touch 5cl
A 5cl offering of Jack Ryan's Finisher's Touch! This was made in collaboration with Justino's of Santa Cruz in Portugal. Aged in bourbon barrels for 1..
€12.00
Ex Tax:€9.76
Add to Cart
Add to Wish List Compare this Product
Buy Now Ask Question