A Basic Guide to Fortified Wines 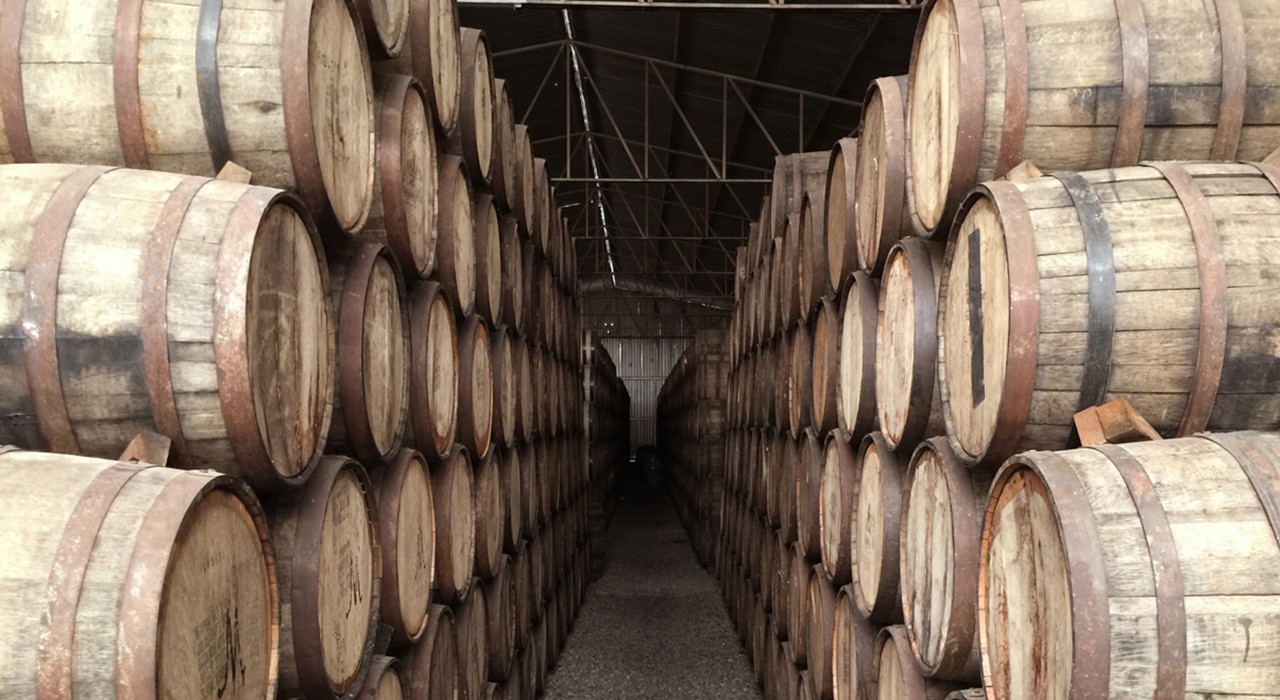 The term fortified wine will likely evoke images of your grandmother cradling a cream sherry at Christmas or your posh uncle nosing his vintage port in the good room. As a result of such exclusive notions, and a multitude of other reasons of course, fortified wines fell out of fashion for a time. Thankfully, mercifully, they have experienced a revival of sorts in more recent years. This can be accredited to a number of factors, one of the main being the rising popularity of cocktails, particularly amongst millennials.

What is Fortified Wine?

While each stand of fortified wine has its own unique set of characteristics, the basics are quite straightforward. As the name suggests, it is a wine that has been fortified through the addition of some form of distilled spirit. This can be carried out for a variety of reasons. Traditionally, wines were fortified to prevent spoilage during long voyages at sea and to preserve and reinforce flavour. As a result, many of these drinks are over a century old. Some (although not all) are aged in wood casks for a period, which can add a further depth of flavour and generally increases the price. 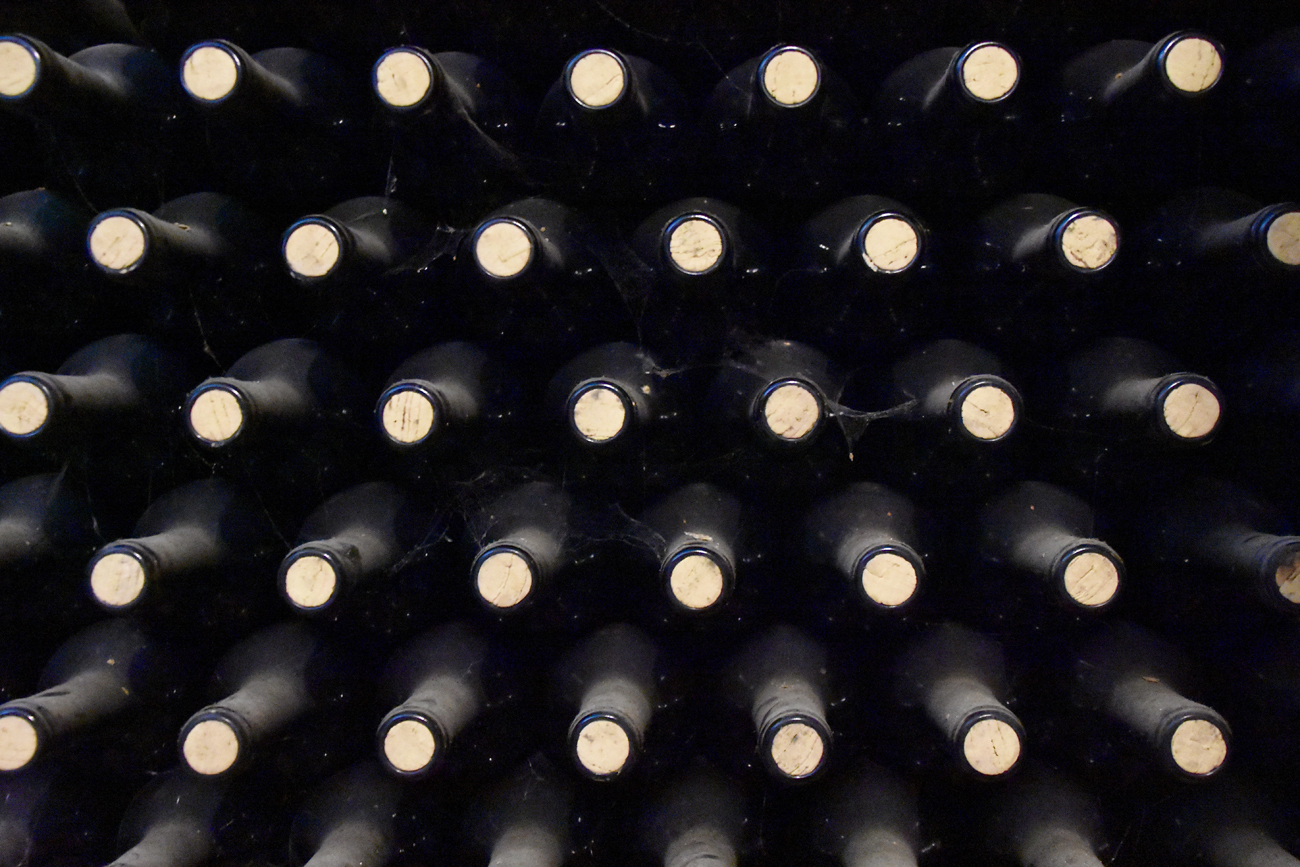 Most of the wines listed below can be sweet or dry, something which is determined by how long the wine was allowed to ferment prior to fortification. As soon as alcohol is added (generally in the form a neutral grape spirit), it prevents the yeast cells from converting sugar to alcohol, preserving the natural sugars. For sweet wines, this can be added within the first day and a half of fermentation while for dry fortified wines, full fermentation occurs, utilising all natural sugars before adding the neutral spirit.

We’ve broken down the different strands of Fortified Wines and their defining features below to make things as comprehensible as possible. While these are the main categories, there are a multitude of subcategories which all have their own defining traits and characteristics. 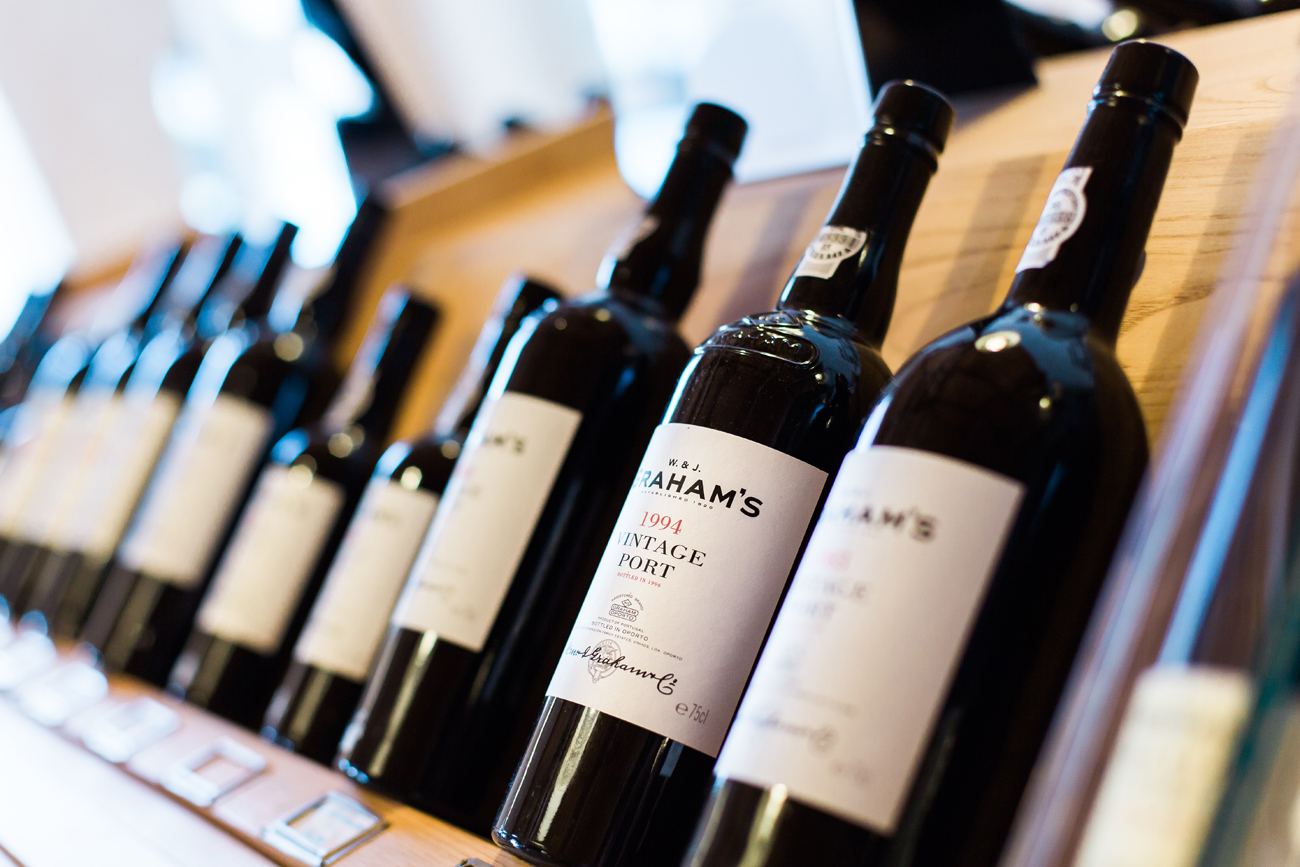 Sherry originates from a specific region in southern Spain, near the town of Jerez (sherry is in fact the anglicised version of Jerez). Today, for a product to be labelled as sherry it must be produced in what is known as the “Sherry Triangle”, an area in the province of Cádiz between Jerez de la Frontera, Sanlúcar de Barrameda and El Puerto de Santa María. Sherry is normally fortified with brandy once fermentation is complete. For these reasons, sweetness is normally added afterwards. To make things more complicated, sherry is produced in a variety of styles. These are Amontillado, Cream Sherry, Fino, Oloroso, Manzanilla, Palo Cortado and Pedro Ximénez (PX). If you are interested in looking at these styles in more detail, check out our post here.

Native to Portugal, Port comes exclusively from the northern Douro Valley region and was created as a means of preserving wine during long, hot boat trips from Douro Valley to the coastal city of Porto where it would then be exported from. Port is fortified traditionally with brandy, or a brandy-like spirit that is added to halt the fermentation, leaving behind residual sugar. These are often matured in steel tanks or wood casks, depending on the desired outcome. There are four standard types; Tawny, Ruby, White, Vintage and Late Bottle Vintage, all of which are explained in a separate blog.

Madeira, as the name alludes to, originates from the Portuguese island of the same name. While similar to most fortified spirits in that it can be produced both dry and sweet, what makes Madeira unique is the way in which it utilises heat and oxidisation to create a distinctive flavour profile which often features rich, nutty flavours and sweet, burnt sugar. As the island of Madeira was a crucial provisioning point when travelling to the Americas and West Indies as far back as the 15th century, trade was essential for the island. Fortification of the wine meant that it could be easily transported without spoil. Having to pass through unrelenting tropical climates caused constant heating and cooling of the wine, which merchants found had an exquisite effect on the drink. Today, this effect is recreated and is known as the Estufagem process. Learn more about when to use Madeira!

Marsala derives from Sicily, nearby to the town of Marsala. Again, it can be either dry or sweet in flavour. While it is most widely used in cooking, some of the best Marsala wines can be sipped, just the same as sherry or Madeira. Although it varies vastly depending on the style of wine, a typical Marsala will have flavours of vanilla, brown sugar and ripe stone fruits. It can be enjoyed as a dessert wine if sweet enough while the drier examples pair beautifully with cheese.

Modern vermouth production comes largely from Italy and France, although some form of the drink has existed for centuries now. The name itself was taken from the German word ‘wermut’, meaning ‘wormwood’, an ingredient often utilised and thought to have medicinal traits. Vermouth is, in fact, a member of a subcategory of fortified wines known as ‘Aromatized Wine’. It is made by adding a neutral grape spirit to a low abv wine. A variety of herbs and spices (and sometimes wormwood) are then infused with the spirit to give it it’s unique flavour profile, and sugar syrup may be added depending on the desired level of sweetness. Although the style can vary hugely, many Vermouths can be enjoyed as an aperitif. The most popular use, however, is in mixology, with it serving as a key component for many quintessential cocktails, including the Manhattan, Martini and Negroni. 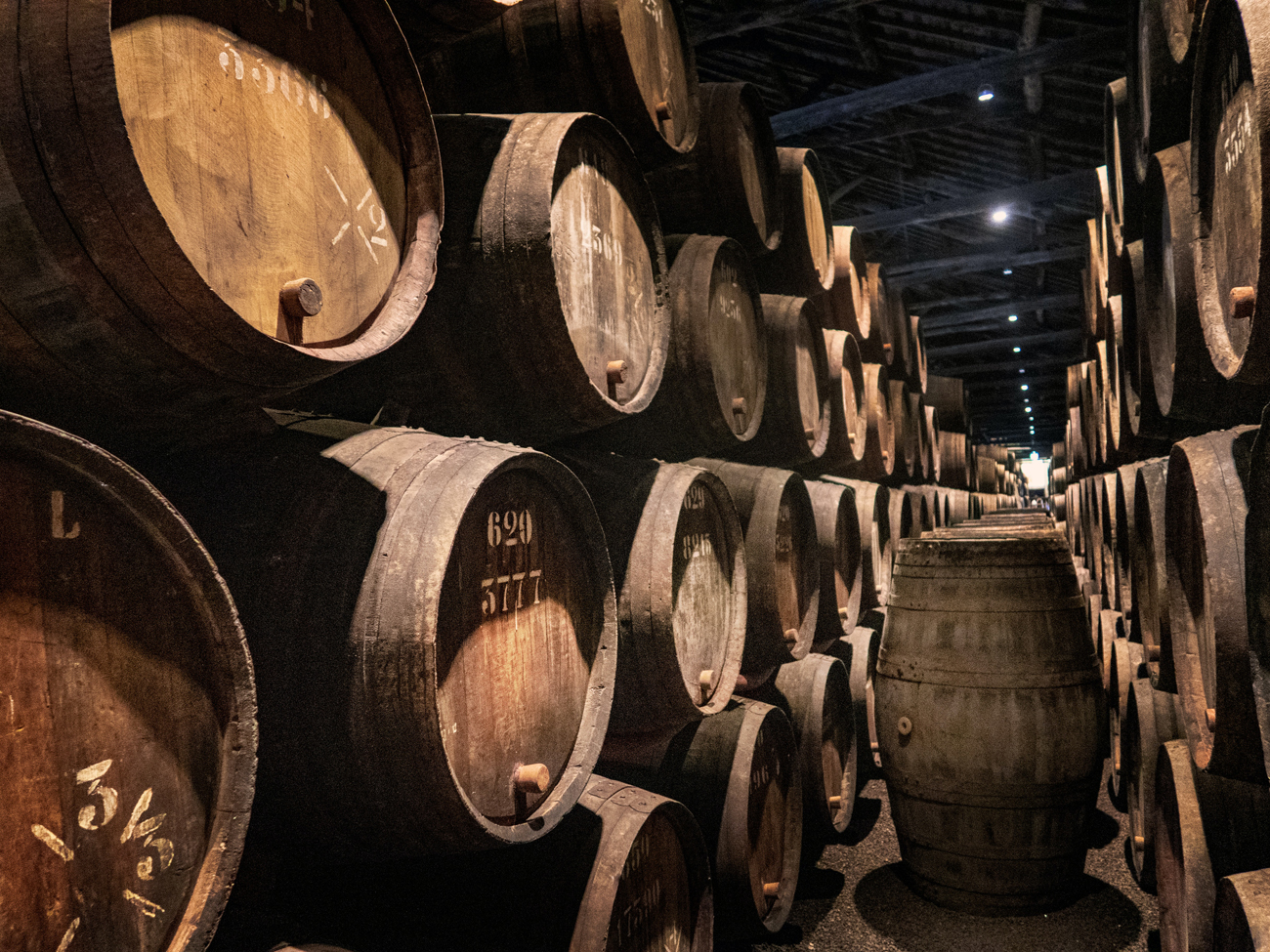 When to Use Fortified Wines

Sherry is an extremely versatile drink, and depending on what you purchase (and there is a lot of choice) it can be consumed in a multitude of different manners. For one, try serving a tipple of Manzanilla as an aperitif or add it to your favourite cocktail. Or why not add a splash of fino to your cooking! The Irish Examiner have some cracking recipes, the Pork with Mushroom Sherry Sauce is a personal favourite!

Once opened, sherry should be refrigerated and is best consumed within 2-3 weeks.

Each style of port will lend itself to a different time and place. While it can (and should) be used in cooking and cocktails, we love a tawny port as an aperitif! Or try a ruby or vintage port served chilled after dinner, also works particularly well with a cheeseboard.

Once opened, most port should be refrigerated and consumed within 2-3 months. For vintage ports, drink sooner as it will lose much of the intricate aromas after opening.

Looking for inspiration? Why not try our Buffalo Trace New York Sour

Depending on the bottle, this can be served as a partner to food due to the high acidity (although try not to drink it as liberally as a dinner wine as you may not make it to dessert!) It can also be served as an aperitif or digestive, and low-grade madeira is often used in cooking. For cocktail inspiration, just check out below!

Once open, madeira should be stored in a cool, dark area with the bottle tightly sealed when not in use. Reports suggest this can last up to 3 years and possibly longer.

As promised, our very own take on the classic Manhattan; the Innisfallen!

This was traditionally served as an aperitif between the first and second courses of a meal. Today, dry marsala’s are often served chilled with cheese boards and dried fruits. Sweeter marsala’s can be enjoyed at room temperature as a dessert wine.

Once opened, marsala should be refrigerated and consumed within 3-4 months. Some can be left for longer although it is likely that it will lose much of the original taste and flavour.

Vermouth can be utilised in an array of different ways and is always worth having a bottle in the house. Dry Vermouth works as a substitute for white wine in cooking while certain vermouths can be enjoyed as an aperitif. Try serving this with a twist of a citrus fruit of your choice. As a cocktail component, the possibilities are endless. Why not try a Star Cocktail, a personal favourite of ours.

Once opened, Vermouth should be refrigerated and consumed within 2-3 months. Contrary to popular belief, vermouth is not very long-lasting and is best consumed within the first month of opening for premium taste. 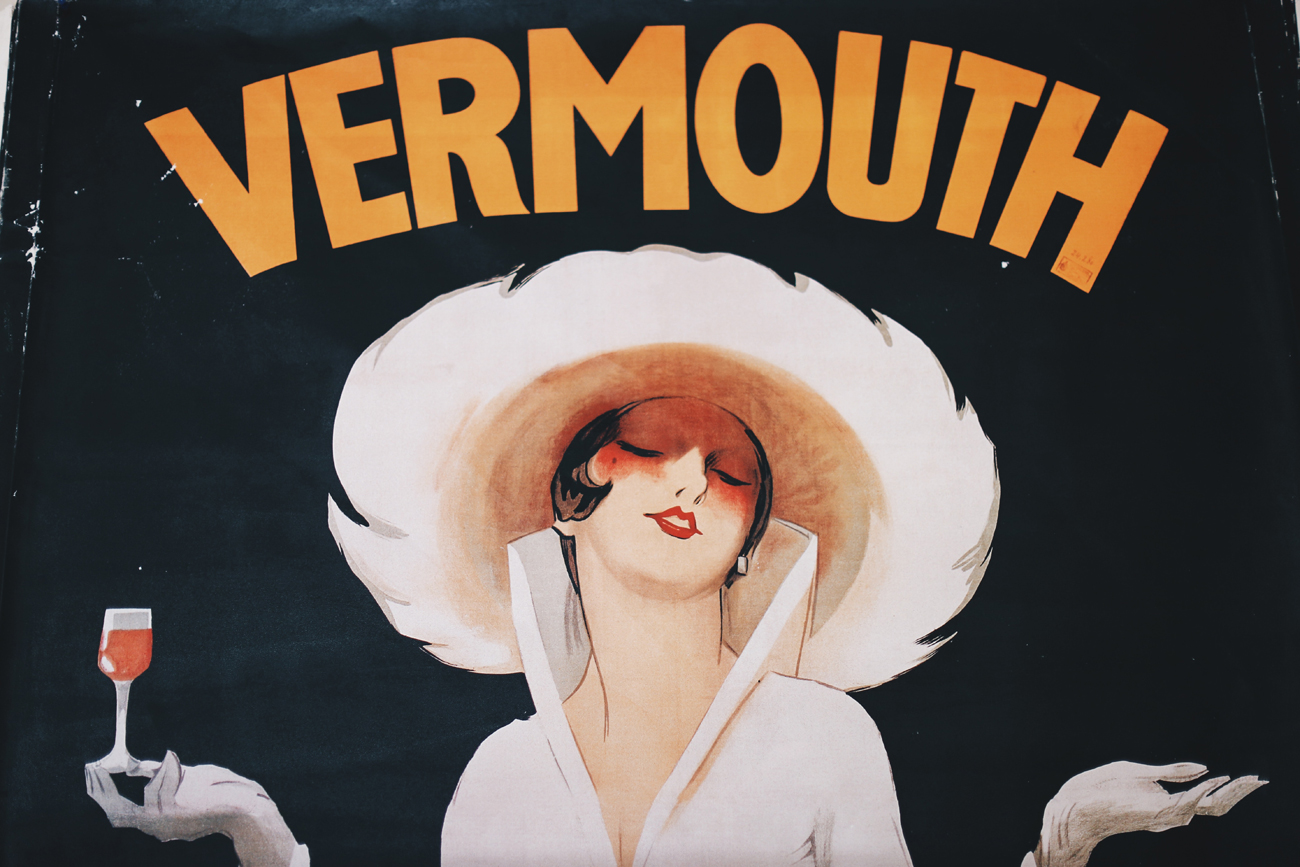 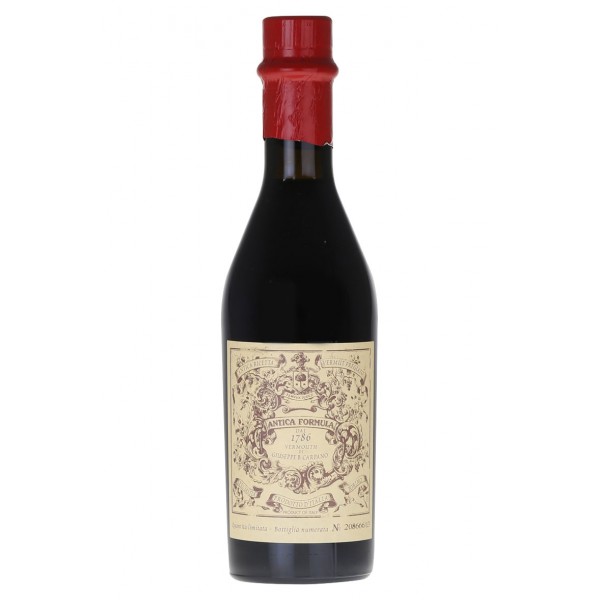 Antica Formula 1 Litre
Made from a secret recipe that only three people know at any one time. Base wines are sourced from Sicily, Puglia and Romagna and exotic ingredients a..
€45.00
Ex Tax:€37.19
Add to Cart
Add to Wish List Compare this Product
Buy Now Ask Question
Quickview 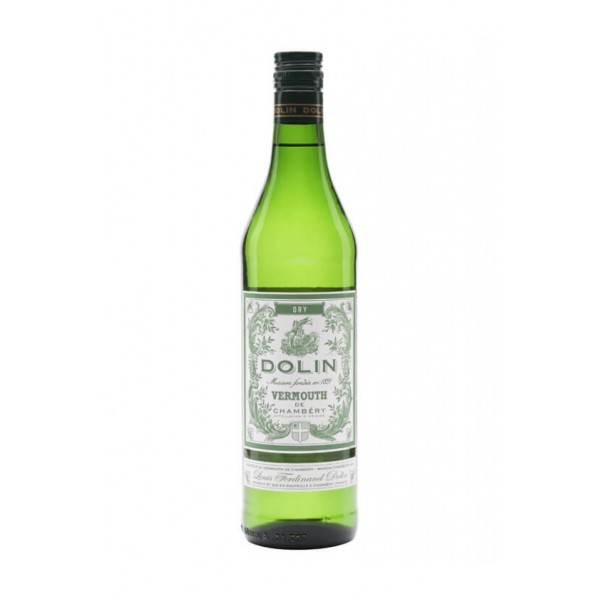 Dolin Chambery Dry Vermouth
Not exactly bone dry, this Vermouth has a gentle touch of sweetness and is quite delicate yet complex in flavour profile. With flavours of almonds, ci..
€22.99
Ex Tax:€19.00
Add to Cart
Add to Wish List Compare this Product
Buy Now Ask Question