Created by Tito Beveridge in Austin, Texas during the 1990s. Tito's vodka was formulated through trial and error during a time when there was no internet to speak of. He learned how to build his stills from old photographs and eventually came up with a vodka that could be sipped and enjoyed straight. Made from corn and distilled in copper pot stills. This vodka is smooth and soft. Ideal over ice or in your favourite cocktail.

"I was raised that if you are going to do something, do it right, do it better than anyone else, and charge a reasonable price." -Tito

Tito’s Handmade Vodka is produced in Austin at Texas’ first and oldest legal distillery. It’s made in small batches in an old fashioned pot still by Tito Beveridge. Tito’s Handmade Vodka is designed to be savoured by spirit connoisseurs and everyday drinkers alike. It is micro-distilled in an old-fashioned pot still, just like fine single malt scotches and high-end French cognacs, and distilled six times. This time-honoured method of distillation requires more skill and effort than modern column stills, but the end product is what makes Tito's Handmade Vodka stand out.

Tito's has gone on to see much success with the distillery winning Double Gold at the SF World Championships and being named Distillery of the Year by Beverage World. 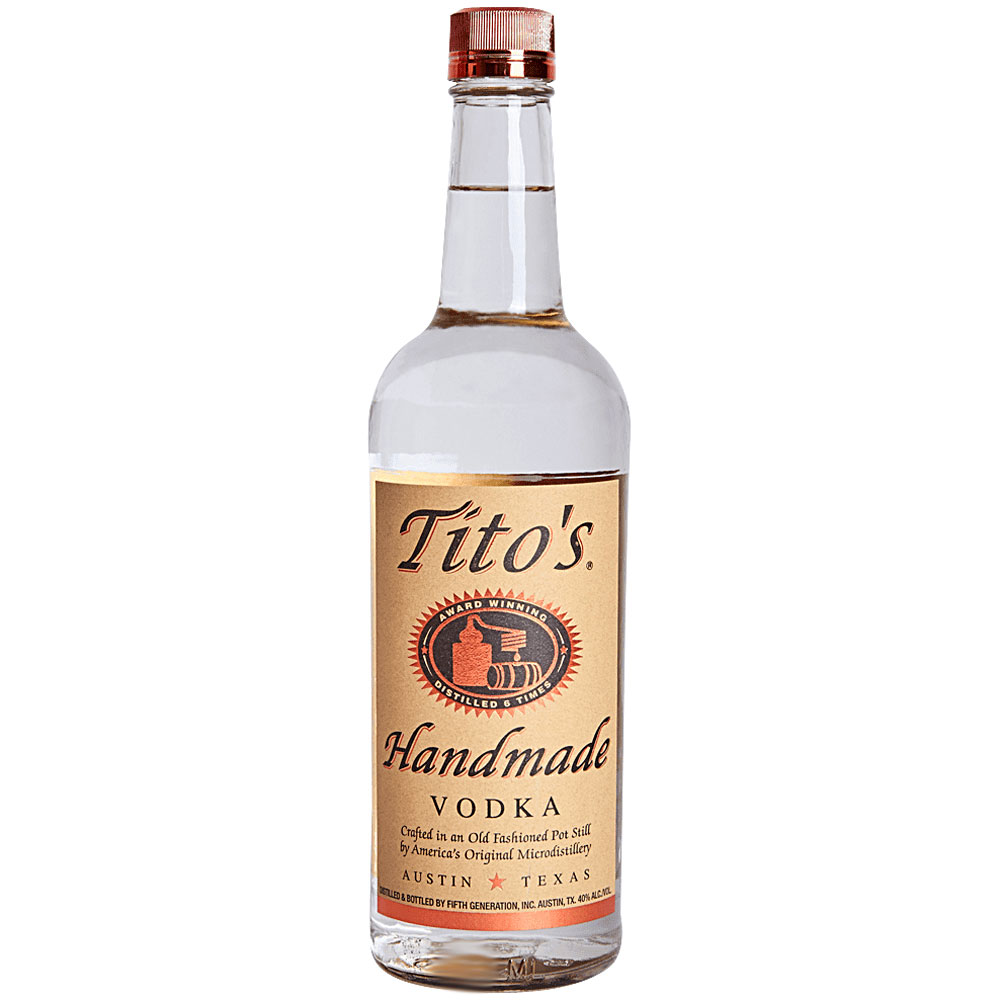